On the 17th of August 2018 started the 8th edition of the GameZanga, one of the biggest game jams in the Arab world.

The concept is pretty straightforward : game development enthusiasts all around the Arab world gather in small groups. Each team works on its own game prototype for 3 days, based on a theme that is given at the beginning of the jam. They can upload their work and share it with the community within the deadline. All the teams are invited to play each other’s games, and eventually give feedback and ratings.

For the occasion, and with the help of Ziad Khalid, the founder of Pick Games, Largelabs transformed its office into a co-working space to welcome Egyptian developers during the 3 days of the event. Some decided to participate and submit a game, others were working on their main projects… And others were kicking ass at Mortal Kombat! Eventually, everyone got something out of it : a new coding technique, a game design idea, feedback on some older work, or simply a taste of the unique vibes and the spirit of empathy that are characteristic of these kinds of jams. 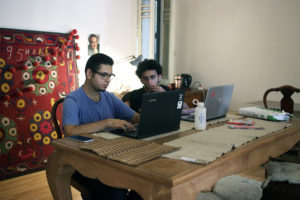 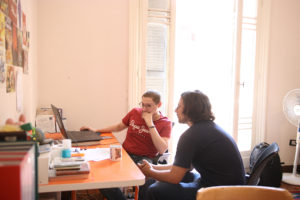 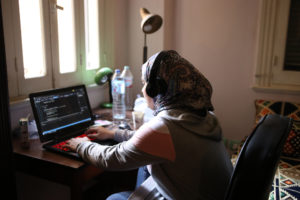 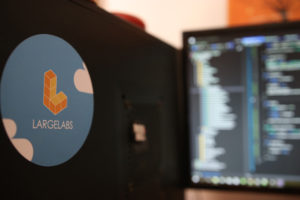 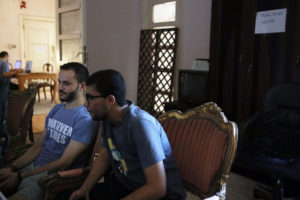 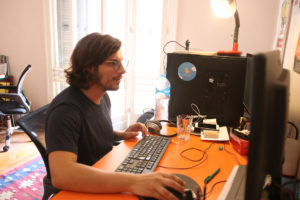 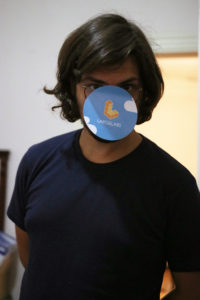 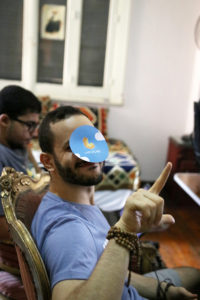 Here is a list of some of the games that were made in Egypt during GameZanga 8. Most of them can be tested directly in the browser. In this list, the Largelabs logo appears next to those that were created in our studio 🙂

Focus : the developers who play the game

Other than Largelabs’ “Locke Project”, 3 prototypes were developed in our studio during the jam. Here’s a quick focus on the developers who played the game with us!

At the age of 22, Ziad is already one of the most active developers in the Egyptian indie community. He is the creator of one of the first Youtube channels that delivers (great) tutorials from scratch for Unity Engine in Arabic. Ziad is also playing an key role in federating the Egyptian indie developers’ community, by organising the monthly Game Developers Meeting in Cairo. He worked as a lead Unity developer at Tamatem, 5D and Digipalm, before creating his own studio, Pick Games. He also publishes on the Unity Asset Store under his own name. His “ZUI” is used at Largelabs for menu navigation and animations.

Alaa is an ambitious game programmer who graduated from ITI’s Game Development Track. She Worked on several games and applications, including VR & AR projects. One of them, a mobile game called “Poinky”, won 2nd place in the Microsoft Imagine Cup 2015 competition. She worked for 2 years at 5D as a game developer. She is now senior Unity programmer at Tantum Soft.

Sherif is a true indie with a very various set of skills. After having worked as a front-end web developer at IBM, he decided to self teach and start making games on his own. Therefore, he cut half courses at university to focus on game dev. Since then, he’s been working on his own, under the name of “Ankh Games”. Coding, graphics, animation… He’s the one behind it all. The only time he truly teamed up was after his Kickstarter campaign, when an experienced Disney artist offered him to reshape the graphics of his first mobile game, “Seas The Day”. Today, he is working solo again on an ambitious PC & console game : “Unnamed” (working title).

See you on the next jam!